You can read the full NBR article about Emergence client Mazza Innovation here!

This technology modifies the polarity of water such that it behaves like an organic solvent in terms of its ability to dissolve valuable plant compounds without the numerous drawbacks associated with the use of traditional organic solvents. 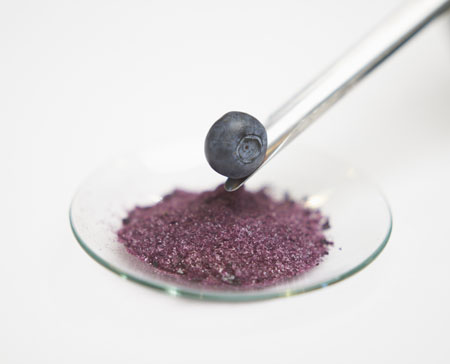 Mazza specialises in extracting bioactive compounds, including polyphenols, alkaloids, glycosides and specialty carbohydrates that are of interest to the dietary supplement, food, beverage and personal care industries.

Founder Dr Giuseppe (Joe) Mazza drives the company’s commitment to environmental integrity and its vision to produce the cleanest, greenest ingredients that benefit our health while preserving a healthy planet.

In 2015, at the Engredea/Natural Products Expo West trade show in California, USA, Mazza launched its first ingredients: green tea, blueberry and cranberry extracts. Standardised to meet minimum bioactive ingredient concentrations and yet free from any carrier or trace solvent, the company’s clean ingredients were nominated as the Most Innovative Ingredient part of the 2015 Editors’ Choice Awards. Mazza has a robust development pipeline of new ingredients for introduction to customers and industry.

Unfortunately for natural products extraction, water is generally a poor solvent for the extraction of organic molecules from biomass. For an organic molecule to be dissolved by water, it must ‘compete’ with the hydrogen bonds that already exist between the water molecules. Hydrogen bonds are responsible for many of water’s unusual properties, including its relatively high surface tension and high boiling point, for example. As organic solvents don’t have this strong hydrogen bond problem, they are much more effective solvents.

The beauty of the Mazza technology is making water behave like an organic solvent with respect to the dissolution capacity of organic molecules. When water is heated, the kinetic energy of the heated water molecules begins to overcome the hydrogen bonds, freeing up the water molecules to bond with the organic compounds, which are the targets of the extraction. The key, however, is to maintain, with the use of pressure, the water in a liquid state even though it is above its atmospheric boiling point of 100°C.

The breakdown of the hydrogen bonds in liquid water continues as more heat is applied. It can be measured by a reduction in polarity. In atmospheric conditions, the polarity of water is 80. By increasing its temperature to above 100°C, the polarity can be reduced to approximately 25–35, which is equivalent to the polarities of ethanol and methanol, two extremely prevalent extraction solvents. Furthermore, by adjusting the temperature and therefore the polarity, it is possible to selectively target for extraction of certain compounds compared with others.

In essence, the Mazza technology makes water behave as if it were methanol or ethanol without any of the many negative downsides involved in their use. Moreover, as the biomass spends only minutes at elevated temperatures in a purged and closed system, heat-sensitive compounds can be successfully extracted.

The PhytoClean extractor produces an extract of approximately 1–3% solids in purified water. After extraction, an evaporator is used to remove most of the water. After that, Mazza uses a cutting-edge drying technology called refractance window drying, which is extremely gentle and preserves the extract’s bioactive contents. This technology removes the remaining moisture in the extract to produce a dry product, which can be ground to meet the customer’s needs.

You can read the full NBR article about Emergence client Mazza Innovation here!