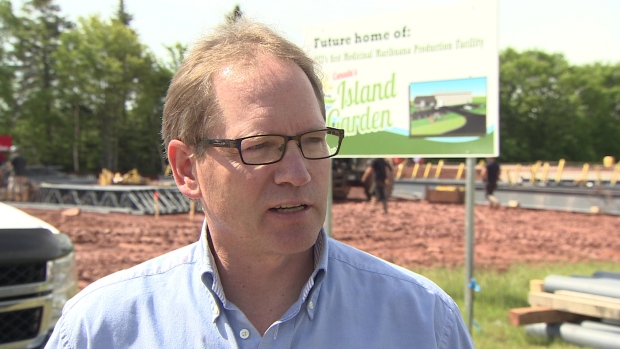 This will be the first private medical marijuana facility on Prince Edward Island.

Jewel said construction is expected to be completed by late November 2016.

Canada’s Island Garden is the 32nd Licensed Producer under Canada’s Marijuana for Medical Purposes Regulations (MMPR). A production license is initially issued by Health Canada after a producer passes the application process. A sale license is issued after a producer can prove compliance with production, harvesting, processing and storage practices and guidelines, as well as passing associated analytical testing.

The new facility is two floors, allowing for 24,000 sq ft of total space, including a 3,600 sq. ft. office space. The total growing space will be about 7,000 sq. ft, divided into 4 grow rooms, a mother room and a nursery, with the rest of the facility used for storage, drying, trim rooms, showers, etc. They also have a further 6.5 surrounding acres available for future expansion.

Jewel said the facility will have high security based on federal government standards. “Our security system will cost about $300,000. There’s about 64 cameras in and around the facility,” said Jewel.

Canada’s Island Garden will employ up to 30 people. Private investors put $3 million to build the facility, with another $3 million coming from lenders.

Read the full story here from The Guardian Newspaper.