We know you will join us in congratulating David Brown, the Chief Operating Officer & Co-Founder of Chinova Bioworks, who has won the 2017 Governor General’s Innovation Award (GGIA). Chinova Bioworks is a Fredericton, New Brunswick-based client of the Emergence program. Read more about Chinova Bioworks here!

David will be honoured at a ceremony at Rideau Hall in Ottawa on May 23, 2017.

“These awards recognize and celebrate outstanding Canadian individuals, teams and organizations whose exceptional and transformative work help shape our future and positively impact our quality of life,” the Governor General’s office told us. 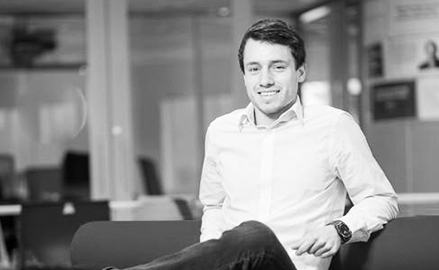 He currently serves as the co-founder and COO of Emergence start-up client, Chinova Bioworks.

The awards committee writes: “In 2013, David and his team from the University of Alberta won MIT’s iGEM competition with an innovation for a genetically engineered shikimic acid pathway in bacteria. David then founded Mycodev Group, a biotechnology company that produces life-saving pharmaceutical ingredients used in liquid biopsy and medical therapeutics. He received his first patent and several innovation awards for the Group’s work, as well as for his efforts in developing biopolymer-based antimicrobials. David founded MyCodev Group in order to resolve a lack of supply of chitosan, a valuable pharmaceutical ingredient that is essential in a wide variety of medical devices and drugs. His innovative technology produces chitosan directly from a fungal fermentation, a process that uses very little energy or chemicals.”

Click here to see David (at the 4-minute mark) in conversation with the Governor General!

The other 2017 innovation award winners include:

“The recipients of the 2017 Governor General’s Innovation Awards demonstrate that Canadians are among the world’s most creative and dynamic innovators,” said the Right Honourable David Johnston, Governor General of Canada.

The objectives of the Governor General’s Innovation Awards are to: