The Guardian reports that PEI-based technology company and Emergence client, Island Water Technologies, has secured a $470,000 federal government contract to monitor the quality of wastewater at some Canadian municipalities, including Charlottetown and Montague. See the original post here!

The article quotes Patrick Kiely, founder and CEO of Island Water Technologies, saying that the contract was signed under the Build in Canada Innovation Program and is for the installation of nine bio-electrode sensor systems at wastewater facilities.

According to Kiely, work at the Charlottetown and Montague wastewater facilities is already underway.

Besides Charlottetown and Montague, sensor systems are going to be installed in British Columbia, Toronto, Barrie, Ont., and Parks Canada sites around Banff and Jasper. 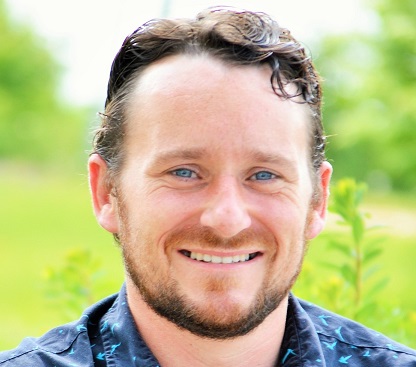 Patrick Kiely is the co-founder of Island Water Technologies, an organization that prides itself on being a catalyst for water technology innovation by identifying and validating next generation solutions at the intersection of renewable energy and wastewater treatment.

In addition to the contract, the company has also received a research and development grant from the National Research Council worth $250,000. The funding will be used to further develop the system and improve the sensitivity of the sensor.

Kiely explained that the bio-electrode sensors provide facility operators with a “real-time visual interpretation of the health of the biology of the wastewater” through signals from bacteria. The sensors help prevent the wastewater from contaminating the environment once released from the facility.

“The idea is that (operators) now have a sensor that allows them to view the performance of the biology instantaneously in real-time so they catch it and they can mitigate it happening or reduce the impact of it happening whereas traditionally it takes them five or six days for them to even understand there is a problem. And, it’s already after contaminating the environment,” Kiely says.

The company already has 13 systems installed at facilities in China, the Netherlands, the United States, across Canada and Germany. Some of the sensors have been installed in breweries in Europe. In the next six months, the company has plans to install 19 more systems.

Kiely said the support from these two investors has been “instrumental in putting us in this position.”

Kiely added that the company has also been selected as one of the top-20 innovative companies at the Canadian Innovation Exchange conference. The conference is being held in Toronto on Oct. 22-23.

“That was pretty cool to get picked as one of the top-20 in Canada. So, we’re pretty happy with that,” he said.