Emergence client, Peterborough, ON-based Noblegen Inc. has announced the opening of a “series B” round of financing. This follows a successful “series A” round, which saw the venture raise $9.5 million in private investment. You can follow Noblegen on LinkedIn here!

Founded in 2013, Noblegen is a bioproducts startup that manufactures algae-based proteins and oils for human nutrition. The firm believes that it is able to address some of the most pressing industrial challenges using biologically inspired solutions.

The initial funds, raised in 2016, were used to build the company’s first commercial scale production facility to meet the growing demand for sustainable and affordable food. 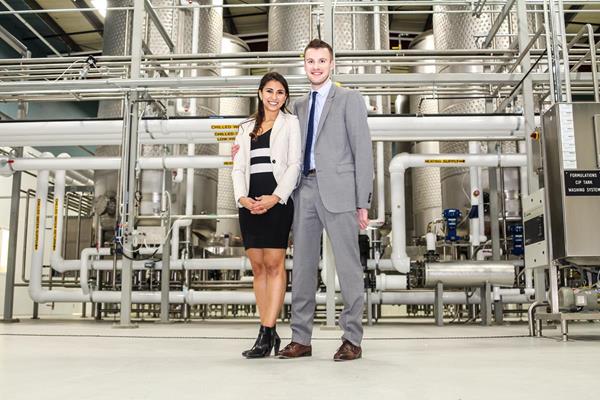 They also allowed the firm to expand the size of their team from 4 to over 40, including two new executive positions designed to support an aggressive growth strategy.

See also: Noblegen adds two new directors to its Board.

Noblegen anticipates raising up to $50 million during this second round of financing.

Adam Noble, Chief Executive Officer of Noblegen told us that “since our Series A round closed, we have de-risked our technology and created products that are ready for market. Our successful scale-up and market validation have greatly increased shareholder value.”

The new investment will be used to support the commercialization of Noblegen’s products, continue research and development, and to grow its production and refining capacity.

Noblegen will also grow its sales team in order to effectively capture market share and become a leading industry ingredient supplier. Continued expansion of Noblegen’s research and development will support cutting-edge innovation in the food and beverage industry.

Andressa Lacerda, Noblegen’s Chief Commercial Officer and Executive Vice President, said: “We all know the world is in dire need for alternative approaches to human nutrition, and this need is being validated through consumer push-back against the major food and beverage companies. These large companies want to incorporate sustainable ingredients into their products, but they struggle to find options that meet their high-volume needs without sacrificing affordability. That is where Noblegen comes in, providing alternative, high-quality and price competitive solutions.”

Noblegen’s algae-based proteins and oils have already captured the interest of a variety of large food and beverage companies.