In an article titled “Innovation to industry” the University of Alberta Faculty of Science outlines the entrepreneurial journey of David Brown, co-founder of Emergence client: Fredericton, New Brunswick-based Chinova Bioworks.

It was just one lecture – that featured engineering professor Dominic Sauvageau, who was invited to talk to the class about iGEM (International Genetically Engineered Machine), an international synthetic biology competition held annually by MIT that draws teams from universities across the world – that set Brown on his entrepreneurial journey.

Intrigued by the opportunity to compete at MIT, Brown joined a U of A team of eight students, supervised by Sauvageau, who together engineered a bacterium that would consume paper waste from recycling and in turn produce chemicals used in the perfume and cosmetics industries.

Since it was entered in the entrepreneurial division, the project also required the team to put together a business case and pitch to accompany the science. “It felt like a startup,” says Brown. “I learned a lot from the six months that we were working on it.”

The U of A team ultimately beat out all other competitors to win the division, and the experience reaffirmed Brown’s interest in pursuing a career in business.

So, when his initial job prospect after graduation fell through, he knew it was time to take the plunge. Thus, his first company – Mycodev Group – was born.

The idea for the company involved using a novel process of fungal fermentation to produce chitosan, a versatile pharmaceutical ingredient with widespread applications in cancer therapy, wound care, medical devices, and genetic therapies. Although chitosan is already used in many applications today, there are challenges associated with obtaining the ingredient, which has until now been predominantly sourced from the shells of crab and shrimp.

“There are a lot of problems with that supply,” explains Brown. “Not only is the purity typically bad, but the source raises some issues because of potential shellfish allergens, and there are certain cultural reasons that people wouldn’t be able to use pharmaceuticals that were derived from shellfish.” 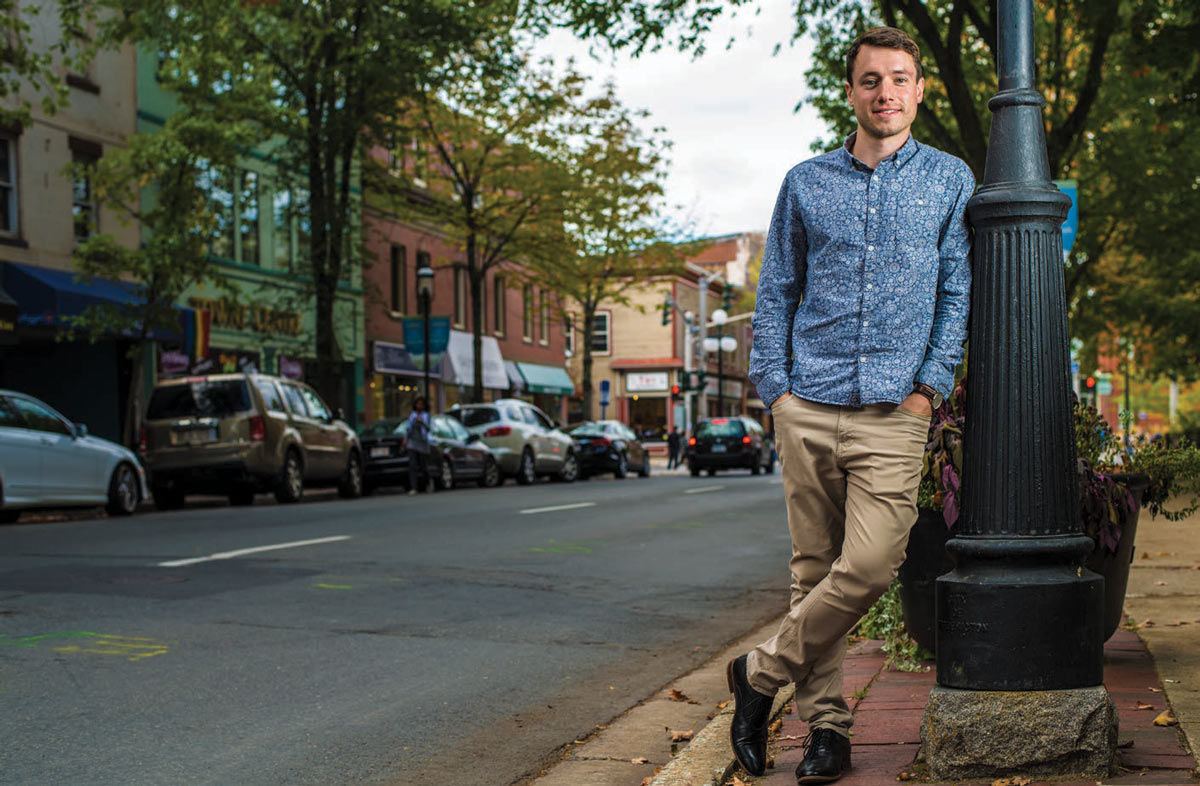 By obtaining chitosan from fungus instead of shellfish, Mycodev was also able to produce a more reliable, sustainable, and higher-purity chitosan. It was a hit, and the company had immediate interest from medical device companies in the United States.

To help with the administrative side of the business, Brown recruited a partner to act as CEO a few months after launching Mycodev. Three years later, the two of them started an offshoot company, Chinova Bioworks, which uses mushroom chitosan as a preservative for foods, beverages, and cosmetics. Together, Mycodev and Chinova now employ more than 10 people – with the goal of growing into a hundred-million-dollar company within 10 years.

In 2017 Brown won a Governor General’s Innovation (GGI) Award in recognition of his achievements. According to the award’s website, “These awards recognize and celebrate outstanding Canadian individuals, teams and organizations whose exceptional and transformative work help shape our future and positively impact our quality of life.” See: Co-founder of Emergence client, Chinova Bioworks, wins Governor General’s 2017 Innovation Award