In a recent article by Peter Moreira, Entrevestor says: “The CEO of Charlottetown-based Retrievium is now piloting the company’s product – which produces predictive analytics for drug companies producing new compounds.”

You can read the full Entrevestor.com story by clicking here!

As he proceeds with this work with  a drug discovery company, Pearson’s hoping to close a seed round of funding in June 2017.

Meanwhile, he’s preparing to graduate from the Creative Destruction Lab in Toronto, and to enter another high-profile Toronto mentoring group, Next Founders. 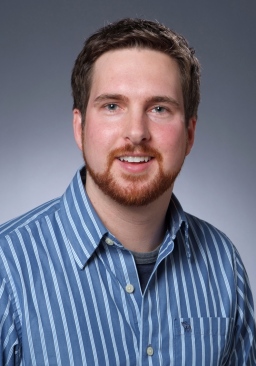 It’s a rather hectic time for a company that began as a collaborative effort between Pearson, a computational chemist at University of P.E.I., and Ray Poirier, a chemist at Memorial University of Newfoundland.

Working with another Charlottetown startup, discoverygarden, they came up with a platform that chemists could use to help find the best ways of combining chemicals to produce new compounds.

Targeting the pharmaceutical industry, Retrievium uses computational modelling to help find new drugs or materials, and to better understand the properties of chemical systems. It can tell researchers what happens when certain elements are combined, and suggests new combinations in seeking a desired result.

“It’s a young market right now – there’s not a lot of competitors in the space,” said Pearson in an interview. “We differentiate ourselves in a number of ways – our background, our target market. There’s a lot of room for growth as people have a lot to learn in using predictive analytics … especially in chemical structure.”

Pearson is coy about the current pilot program, but he said he’s had a strong response from pharma companies. “We have clients ready to pay us money,” he said.

Pearson is optimistic about Retrievium’s prospects. “I’m also realistic – my scientific background tells me that we have challenges,” he says.

You can read the full Entrevestor.com story by clicking here!