The article forms part of a series designed to showcase innovative men and women across the region that are making an impact on the economy. You can read the original article here!

Mohammed Moin and his brother Rafiq Islam, Huddle writes, lost their father to cancer before Moin moved to Canada from Bangladesh for university. But his death inspired the two brothers to create a company in his name, Somru BioScience, that’s in the middle of the global effort to bring affordable cancer and diabetes medications to market.

“Somru is my dad’s name,” says Moin, the company’s VP of Business Development. “He’s the force behind thinking about bringing affordable medication for people not only in third world countries, but also in first world countries because those drugs are very expensive.”

“Our goal is to have companies bring drugs to the market sooner and make them affordable using our technology.” 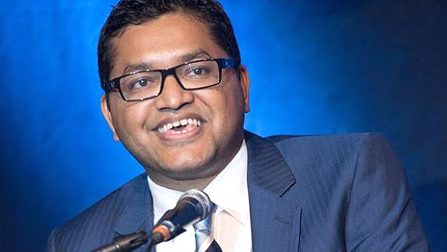 The PEI-based company, which the brothers founded in 2012 with their wives Dihan Ahsan and Clarinda Islam, now has its products in more than 20 countries in North America, Europe, South Asia and Southeast Asia.

The company had its roots in the brothers’ experience finding affordable treatment for their father.

“I had that experience of navigating through the healthcare system in a third world country and finding out how expensive lifesaving biologics drugs are,” says Moin.

Somru BioScience provides kits to pharmaceutical companies and research organizations to test the safety and efficacy of biosimilar drugs in the pre-clinical trial and early clinical trial phases. The company also helps their clients design those trials.

Last year, it established a joint venture with Bangladesh-based Radiant Pharmaceuticals to set up and operate an independent diagnostic lab in that country. The deal put the future valuation of the joint venture at $150 million. It would see Radiant market Somru’s affordable biomarker-based test kits for diabetic and cancer patients in Bangladesh.

The joint venture is also expected to create $50 million worth of export sales from PEI to Bangladesh over the next five years, as well as add 100 employees to Somru’s Charlottetown headquarters.

South Asia and Southeast Asia are now half of Somru’s market, while the rest of its clients are in the U.S., Europe, and Canada. Some of its large clients include Intas Pharmaceuticals in India and Nanogen Pharma in Vietnam.

Moin said his company’s success is thanks to a supportive environment. To start, Moin was able to utilize an incubation space at his alma mater, the University of Prince Edward Island, to keep costs low because they only had their family money for funding. 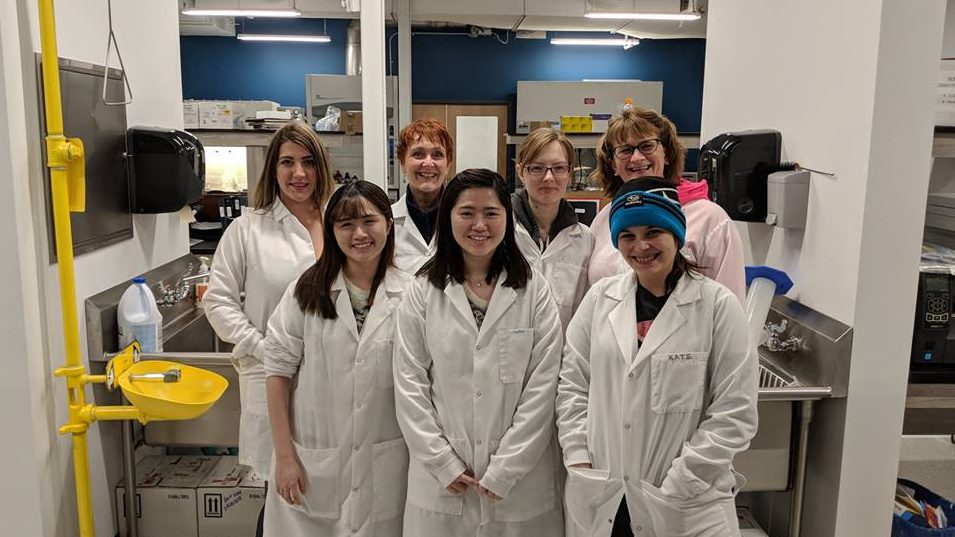 Somru Bioscience honoured its female employees on International Women’s Day. The majority of the company’s employees are women.

“We rented a 500-square-foot lab, hired a PhD student and my brother was remotely managing it and I was looking after the business side of it,” he said. “At the incubation space, we were able to use expensive equipment while just paying the rent. So that was a huge key advantage.”

Organizations like PEI BioAlliance helped with mentorship, raising funds and the legal side of the business. Once Somru needed its own equipment, The Atlantic Canada Opportunities Agency (ACOA) stepped in to help with funding. Last year, the company moved into its own 5,000-square-foot lab space.

“ACOA was a big help to provide funds to build our lab,” says Moin. “So we actually moved from our old lab, which we built with the help of ACOA, Finance PEI, and Innovation PEI. We moved in November to our new facility.”

In the next five or six years, Somru plans to build out the remaining 15,000 square feet for its lab space and continue to double revenue. The company will double its headcount in its Charlottetown office to 30 people early this year. It currently also has contractors in Bangladesh, the U.S., where chief scientist Rafiq Islam is based, and the U.K.

Moin says that although the provincial and federal government have been very supportive, he finds it challenging to retain and hire senior scientists. Somru is now in the process of hiring two senior scientists from abroad using the Atlantic Immigration Pilot Program.

“PEI is good for entry level or intermediate positions from UPEI and Holland College, they’re providing most of our scientist staff,” he says. “But the senior level, it’s challenging to hire people, so we’ll see how it goes with the Atlantic Pilot.”

With more spending expected in the coming years, Moin said he will be looking abroad for venture capital funding of more than $5 million.

“We’re not actively seeking additional funds right now, but we do see a need in 2018 and 2019 for higher capital expenditure for high throughput manufacturing equipment,” says Moin. “We need to raise funds quickly. We’ll see how it goes but we know it will be difficult in PEI. We will travel overseas and see how it goes.”